Before you’ll be able to bid on items, you’ll need to register. Registration is simple, just click the “Register Now” button above, fill in the blanks and you’re set!  Once you are a registered bidder, you can log in by entering your phone number or email address or your bidder number and click "Go".

From family fun to festive decor and accessories, our silent auction will include items donated by generous businesses and individuals throughout our community. 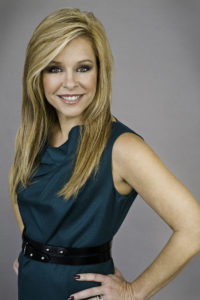 Leigh Anne is also a New York Times best-selling author herself. Her newest release, Turn Around: Reach Out, Give Back, and Get Moving, challenges readers to rethink what it really means to be a generous person.

Leigh Anne graduated from the University of Mississippi with a Bachelor’s of Science in Interior Design. Leigh Anne owns Flair I, an interior design firm with her mother and partner, Virginia Roberts. Her work has been featured on HGTV and in numerous publications. She has designed for clients including Peyton Manning, Scottie Pippen, Isaac Bruce, and OJ Mayo, and was a member of the design team for Extreme Makeover: Home Edition Season 8 and 9.

Leigh Anne and her family’s inspirational journey is proof that when we give a bit of ourselves to other people, we can make the world a better place and perhaps, even save a life. She shares her personal “Blind Side” observations, from seeing Michael Oher for the first time to how the experience changed her as a person—and the Tuohy's as a family.

Thank you to our donors and sponsors for their generous contributions.

Net proceeds from the Junior League of San Antonio, Inc. fundraising events contribute significantly to our ability to support community projects and programs throughout San Antonio. In 2019-2020, the JLSA donated over $140,000 to the community and spent over $15,000 to train and develop the potential of women.

Our fundraising events are a great way to support your community while having fun with your family and friends.

Join us as we put the FUN in fundraising! 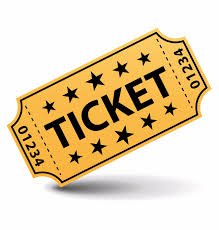 Prize tickets are available online ONLY to residents of Atascosca, Bandera, Bexar, Comal, Guadalupe, Kendall, Medina, Travis, and Wilson Counties. Prizes are not transferable or redeemable for cash. The price of the raffle ticket is not tax deductible. Contributions are welcomed and are tax deductible. Raffle winners will be drawn and announced on Monday, March 8, 2021.

Save the date for the 2021 Unstoppable: Passion for a Purpose Luncheon on Tuesday, March 2, 2021 at noon! Thank you to all who joined us for our 2020 Luncheon at the Witte Mays Family Center in March. To ensure the safety of all JLSA members and guests due to COVID-19, JLSA will hold our 2021 Luncheon in a virtual format.

Join us on March 2 at noon for an afternoon of community and conversation with special guest Leigh Anne Tuohy. Leigh Anne is an inspiring businesswoman and author, portrayed by Sandra Bullock in the film The Blind Side.

The Junior League of San Antonio, Inc. is an organization of women committed to promoting voluntarism, developing the potential of women, and improving communities through the effective action and leadership of trained volunteers. Its purpose is exclusively educational and charitable.